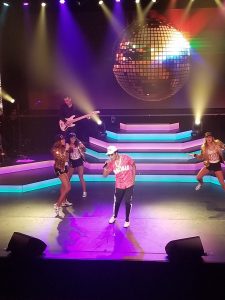 The halfway point of my internship has come and gone but rather than despair, the Foley Team and I had an incredible night last week at Legends In Concert. Originally based in Las Vegas, Legends recently opened up at OWA, a local entertainment hotspot, where we had a fun night out listening to famous tribute performances. We all met up at a pizzeria and while the local New Yorker in me was skeptical, it was pretty delicious. Seven slices later we all went to the stage and saw the likes of Reba McEntire, Garth Brooks, Elvis Presley, Rod Stewart, and Bruno Mars perform live. Even though my city ears weren’t familiar with half their discography’s’, I could still appreciate how well done the performances were. The best part of that night was casually hanging out with the team and getting to meet everyone’s families.

I also had another personal treat as I spent the weekend back in New York to spend some quality time with my family and friends back home. The team treats me like one of their own but it was still really refreshing to celebrate a belated father’s day and take my dog, Crystal, to the beach for her first time. My friends and I also spent a day perusing around NYC, shout out to Junior’s Diner for the best cheesecake I’ve had in a long while! Overall, I feel reinvigorated to ride out the remainder of my internship putting my best foot forward. 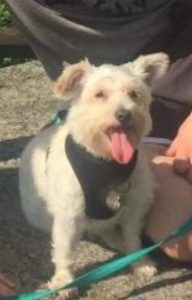 About the Author: Chris Burke